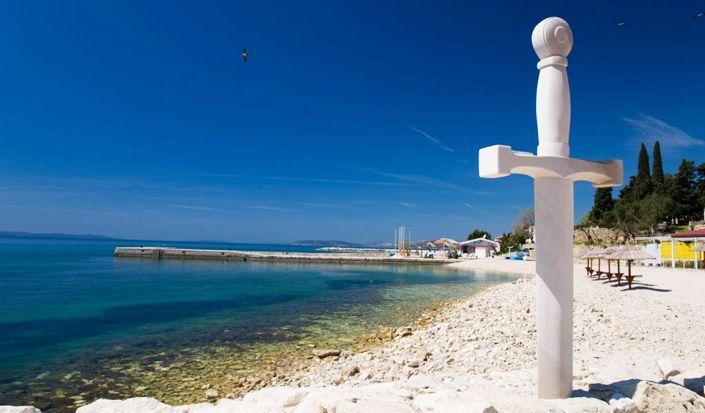 Don't you just love the legends of King Arthur? Swirling in mystic lore, this colourful personality and his knights of the Round Table stir up images of battles, clashing swords, lances and magical potions. They are possibly the greatest cause of investigation and debate amongst historians, and have featured as the centrepiece for so many fables, literary works, comics, theatre and films. But never has it been historically, scientifically and conclusively proven that King Arthur existed, except .... perhaps .... is this possible?

Let me take you to a small area skirting Croatia's beautiful Dalmatian coastline. Who would have thought that this place would play a role in these medieval fables? Over the last decade, historians and archaeologists have been exploring the possibility that King Arthur lived in this area. Could this be true? Or is this just a ruse drummed up to attract tourists to the area? This roused our interest enough for us to explore this location and investigate just what has been discovered here.

We had just spent a day in Split, an ancient and notably beautiful Croatian coastal city with many interesting and delightful places to visit, where we had first heard about this. So we plotted our course to check out the source of these theories. The next morning we cast off from Split Marina and, after cautiously manoeuvring out the busy harbour, we hoisted our sail for a short trip southeast to Podstrana. Just over a total of 6 nm from Split, we dropped anchor in the Bay of St. Martin and went ashore to the church of the same name nestled between the bay and St. Martin's road, which forms part of the Magistrala (main coastal road to Dubrovnik). There we met Denis Jonjić the historical assistant and  co-ordinator of the educational and archaeological project at Podstrana. This is the spot where it all began! 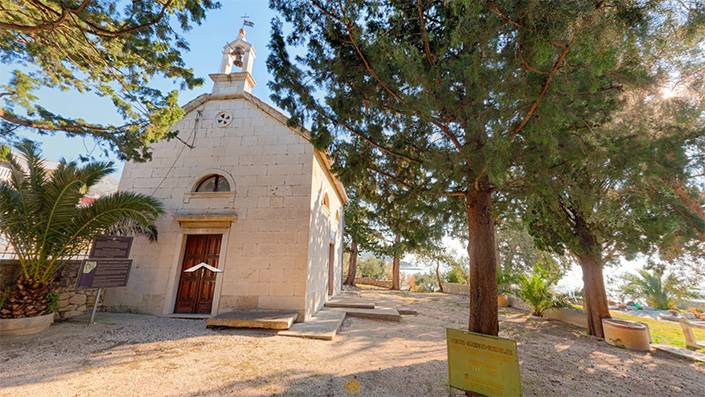 Way back in 1925 the American scholar, Kemp Malone, after searching for any references to Arthur, discovered at this modest church an ancient Roman mausoleum bearing the name of Lucius Artorius Castus. This was an exciting find as never before had anything been uncovered from between the 2nd and 4th centuries with reference to the name 'Arthur'. Now here we were, gazing down at the stone slab, which had previously been embedded at the entrance of Artorius' lavish mausoleum where memorials and tributes were placed in his memory. Was this in fact the final resting place of the noble hero, Arthur?

Denis, an ex-teacher in a sailing club in Podstrana, told us that about 12 years ago, a group of English researchers arrived in Podstrana and asked him about King Arthur having being in the area. He was most taken aback as he had never heard anything about this previously. A few days later another group arrived asking the same questions. Of course his interest was piqued so he closed his shop to help them explore. He drove them to the church of St. Martin and there, to his amazement, he was introduced to this information. The deeper he delved into it, the more excited he got about it.

Denis explained to us the inscriptions upon the stone slab, which describe Artorius' illustrious and long military career in the Roman army, commencing as a soldier during the reign of Emperor Hadrian (117 - 138), executing important duties in five legions, leading one imperial war fleet, becoming a centurion in his 30s, a duke (dux) and finally the governor/procurator of Liburnia. It's not certain if Artorius was born in the area, but he certainly lived and was buried here at the end of the 2nd century AD when Podstrana was known as Pituntij. It is said that Artorius had taken a group of Sarmatian soldiers to Britain in 181 where they fought several battles including one at Hadrian's Wall. The Sarmatians were ancient tribes that settled in the Steppes between what's now Poland and the Danube. They idolised the god of fire and their fierce women warriors fought alongside their men. Now listen to this: they were also known to fight on horseback under a bronze dragonhead attached to a banner, wore armour and carried shields and lances, much like the Knights of the Round Table. Hmmm? Makes one think, doesn't it?! 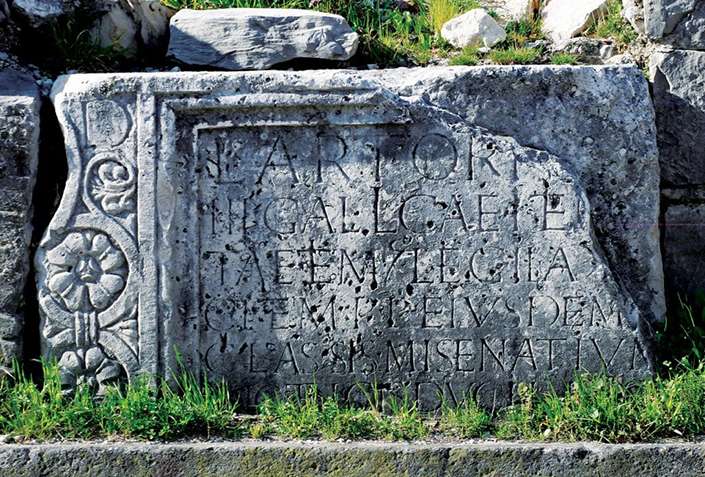 Artorius came up in the 2004 Jerry Bruckheimer movie, "King Arthur" featuring Clive Owen in the leading role. John Matthews, an independent scholar, researcher and author of over 100 books on Arthurian and related themes, and Linda Malcor, an academic with a PHD in Folklore and Mythology and author of the notable book, "From Scythia to Camelot", which was the first book to expose the Castus theory, met for the first time and acted as advisors on the film.

This newly unveiled theory drew the attention of scholars far and wide. As we all know, the legends of King Arthur have a strong magnetic pull and, before long, more and more people rocked up on the shores of Podstrana to investigate.

In March/April 2012 the first conference organised by John Matthews was held in Split under the title of: "Lucius Artorius Castus: The Real King Arthur". The conference drew 22 delegates from 10 countries and a second conference was held in October 2019.

Despite many people being opposed to the Lucius Artorius Castus theories, some exciting finds were made that could establish this as fact. As it turns out, there never was a 'King' Arthur. He was either the 2nd century legionary officer, Artorius or a later warrior and chieftain of possible Romano-British or Celtic origin. So Arthur in fact wasn't a king, but a general. With time, history blended with folklore and questions were raised as to whether King Arthur, Camelot, Lancelot et al were fabricated from pure imagination to unfold into the tales we know and love. What about Uther Pendragon, and of course, the devious Morgana? What of Igrane, a small coastal village further down south? Was the name linked to Arthur's mother, Igrayne? Also is there a connection between Arthur's great love, Guinevere, (spelt in Celtic, Gwenhwyfawr) and Zanjeva, the name of an eastern part of Igrane?

Many questions, yet, many similarities were raised such as the Nartamonga, which had the ability to enhance heroic abilities, similar to the Holy Grail; and Batradz who owned it and who, when wounded on the battlefield, asks his lieutenant to throw his magical sword into a lake. Much like the story of Excalibur, the attempt failed twice until the third successful try. These references were found in the stories and legends of the Sarmatians. There was a fort that no longer exists called Avalannna in Burgh-by-Sands, Britain, which could have been Avalon. There is also some fact finding taking place right now to bring Merlin to light, who, by the look of things, was for real and based in Scotland.

Archaeologists commenced work at the Church of St. Martin and upon reaching a depth of 2m, found some ceramics. Recently revealed were parts of a wall built of Proconessian stone, a mix of marble/crystal found in Turkey, which was used in buildings belonging to wealthy and high-ranking dignitaries and had to have been shipped there. This gives weight to the belief that it could well have been a part of the villa Artorius lived in, or castle defence walls. Unfortunately, currently they are not able to continue the excavations because of a cemetery in the church grounds qualifying it as venerated land.

The two leading and passionate researchers on the subject, John Matthews and Linda Malcor have compiled a book called "The Roman King Arthur", which is due to be published soon. Denis Jonjić is dedicated to pursuing the research, enabling further archaeological exploration and establishing a museum and continuing with events related to the theme of Artorius. I am sure we will be hearing more about this in the near future.

So what do you think of all this? 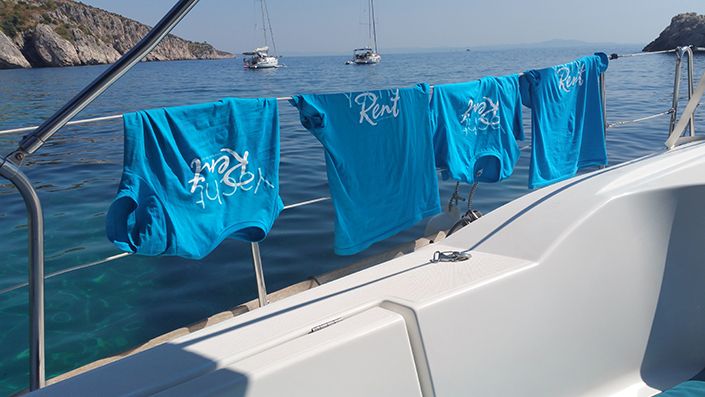 As we sailed away from the shore gazing at the pleasant, tranquil town hedged by greenery, nestled against a backdrop of protective, rocky, hills, we each let our minds wander, pondering this revelation. I imagined the sound of beating hooves as a cavalry of knights in glinting armour, dragon banners flying, set off along the pebbly beach to do battle in far distant lands... led by a renowned warrior, sword held on high, whose story mutated through the chronicles of time, entwining history with mystery and mysticism - Arthur or shall we call him Artorius?!

With thanks to John Matthews and Denis Jonjić for their illuminating information and enthusiasm to share it.