8 Reasons to Go Sailing around the Peljesac Peninsula, Croatia 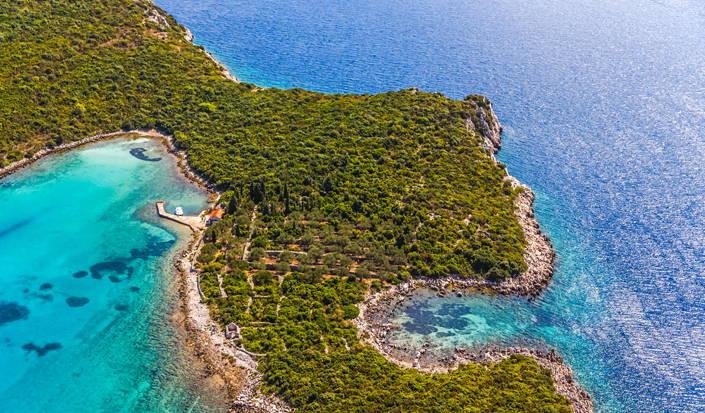 The second largest peninsula in Croatia, the island-like Peljesac is still slightly off the beaten track. This verdant peninsular with its unique combination of mountain and sea is a delight and an awesome place to sail. Its relaxed atmosphere makes it a desirable stop for yacht charters and independent sailors and it’s just a short sail from Dubrovnik where you can pick up your charter boat. Alternatively sail down through the Peljesac Channel from the island of Korcula. The most well-protected anchorages are at Lovitse and Ston, but there are other small harbours all along the east and south coast. Here are 8 reasons why it’s such a great sailing destination.

Oenophiles should definitely plot a course for this peninsula. It is here that the grapes for the great Croatian reds are pressed. On the steep southern slopes of the Pelješac peninsula, in the Dingac region grows the Plavac Mali grape. Also grown here is the Postup variety of grape. From these grapes the award-winning reds of the region are pressed. Apparently, its pure solar energy in liquid form. The regional white wine comes from the grape Posip, grown locally and on the nearby Korcula island. A wine tour is, without a doubt, a must-do while you are here.

Ston and Mali Stone are two small villages famous for their oysters. Mali Ston (which translates to “Little Ston”) is just one kilometer from the larger village of Ston, and has a marina to moor in. The imposing walls of Ston - the longest defensive wall in Europe-connects the two villages and you will find excellent oysters in both. From the Ston side you will have to navigate the tricky Stonski Canal, but the broad part at Broce is good for anchorage and its 3km onward by road to Ston. The reason these European flat Oysters are so delicious has something to do with the unique blend of nutrients in the Mali Ston Bay. The bay itself is loaded with salt and the Neretva River close by is the source of water, rich with minerals, from the springs that flow into it. These are, without a doubt some of the world’s best raw oysters. 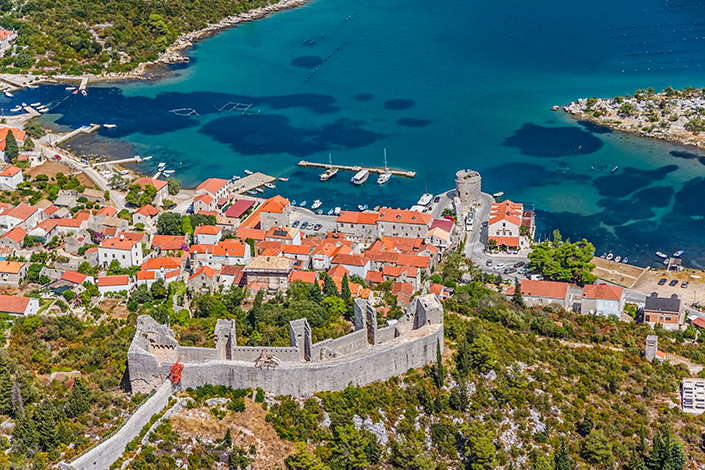 Trstenik on the South Coast of the peninsula was once a significant port that exported wine. Known as the port of wine, it is now a quiet fishing village with very few people located in a half-moon shaped bay. There is a breakwater, built by the Austro-Hungarians in 1903. Part of the waterfront is suitable for mooring and anchoring. At the jetty, the water is about 4m, while adjacent to the pebbled beach it is 5m. It’s a typical seaside village with pebbled beaches, and clear sea. The well-known Grgic Winery resides here. It is a charming, authentic and tranquil place much loved by sailors.

The Peljesac peninsula is a mountainous region. The green-grey mountains rise sharply from the sea creating dramatic scenery. Cruising down the coast, the peninsula is breathtaking viewed from the sea.

Nature is bountiful on this peninsula. Fertile valleys with lush vineyards alternate with cypress forests and Mediterranean pine. Olive groves, lemon groves and other fruit tress make up the rest of the landscape. To truly experience this, it’s worth coming inland. You can leave your sailboat in the harbour at Orebic and hike up to the top of Mount Ilija. At 1000m, the views out over Korcula and Miljet and the Adriatic are incredible. 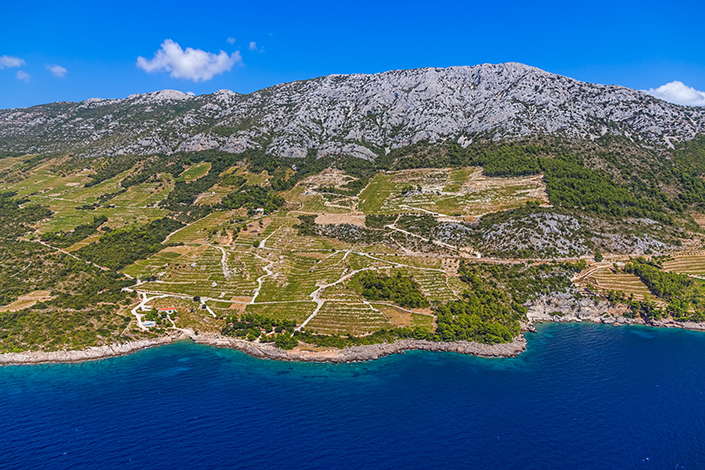 In the village of Ston, where the oysters are, is also a working salt pan – the oldest one in Europe, dating back to the 14th century. The salt pan is located between the fertile fields of Ston and the deep Bay of Ston. It is made up of 7 groups of pools for the evaporation of seawater, leaving the precious salt behind. The valuable salt pans were the reason for the fortified walls built by the Dubrovnik Republic established in 1385. The method of salt production has not changed over the centuries and you can help harvest from July to September. Don’t miss the Salt Festival in late August if you are sailing by.

If you like to travel off-the-beaten path, visit the small village of Kobas, on the southwest part of the peninsula. This tiny fishing village is popular among boaters and foodies with some of the best restaurants on the peninsula here. Many of the restaurants serve their own products like olive oil and fresh garden vegetables and, of course, the ever present wines of the region. Each restaurant has a mooring berth and it is a great place for spending a night or two after a visit to Ston.

This stretch of the sea and coast, known as the Peljesac Channel, can be very windy which makes it popular with those that like to feel the wind in their hair. Winds usually pick up in the afternoons and will fill-out the sails as you sail down the channel. The maestral is a refreshing wind blowing from the North-West during hot summer days, from the sea onto the land. It isn’t often a really strong wind (over 30km/h), but it gets stronger the further south you sail. For these reasons the Peljesac Channel is the setting for a number of sailing regattas throughout the summer.

Peljesac Peninsula is somewhat of a windsurfing mecca in Croatia at Viganj where there is a small harbour to moor in. The same wind that makes for bracing sailing is great for windsurfing too. So if you would like to exchange a big sail for small, a boat for a board then make sure to stop off here.

Scuba diving, particularly wreck diving is also popular activity on the peninsula. There is the Boka, sunk in 1981 only 15 m deep; a German torpedo boat S-57, sunk near the lighthouse Lirica during WWII, and an Ancient Roman wreck. Excellent visibility, underwater caves and interesting Mediterranean sea life make it worth a stop for diving. If you aren’t a diver, sign up for a discover scuba program, or if you have the time - take a course.

Just eight of the many good reasons to sail along the Peljesac coast the next time you charter a boat in Dalmatia.