Surreal Beauty of the Blue Grotto at Biševo Island 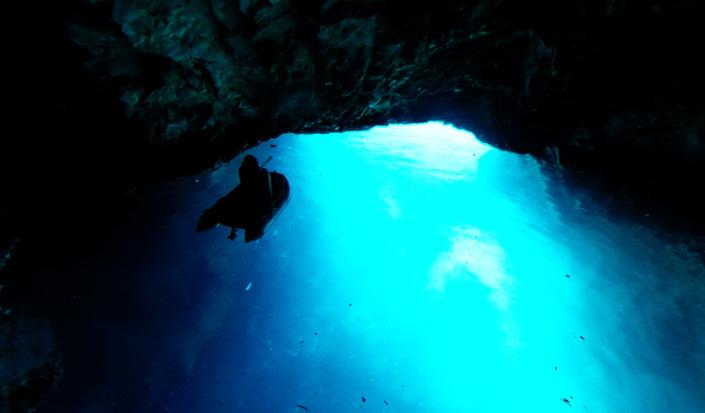 The island of Biševo, located 4.8 NM from the town of Komiža on the island of Vis, is known by its interesting coastline and an abundant sea bed. The strongest impression is imprinted by its caves that adorned Biševo with its local name L'isola dei busi (The Island of holes). As early as 19th century, the fascinating scenery of the Blue Grotto was captured by baron Ransonet, who was, in fact, the one responsible for opening the wider entrance to the cave. The Blue Grotto is located in Balun Bay, at the eastern side of the island and you can join the guided tour of the location in the port Mezoporat. 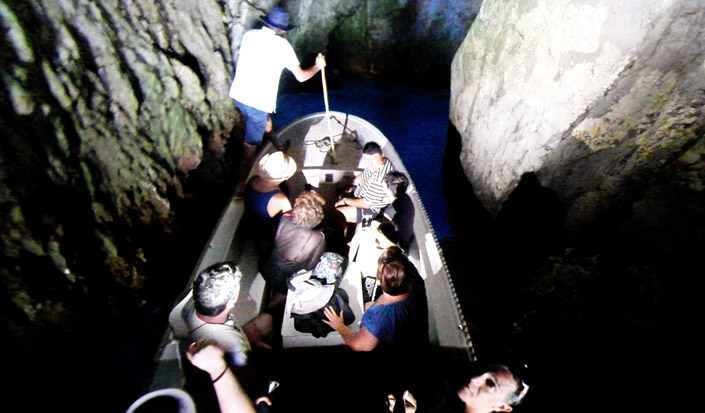 Beauty of the Blue Grotto of Biševo

The Grotto is 14m long, around 12m wide, 15m tall and 16 m deep. It has two openings; the underwater opening, that also serves as a lens for sunlight (10m wide and 18m deep), as well as the opening that was widened in 1884 in order to enable boats to enter. The grotto is famous for its peculiar blue and silver shades produced by a specific phenomenon. The sunlight breaks through the underwater opening, where it refracts and produces blue hues. Depending on the time of day and the angle of the light refraction within the cave, the colors may blend in and paint the sea in the grotto into a peculiar color reminiscent of liquid silver.

In the 19th century, enchanted by the wonders of the grotto, Baron Ransonet decided to paint the irresistible environment of the Blue Grotto. In order to do this, he constructed a wooden aisle settled on an iron structure that was fastened in the central area of the grotto. By using several mirrors, he guided the sunlight to his canvas and in that way he painted several oil painting pieces. Due to his artistic fervor, he forgot about the weather conditions and almost got trapped in the grotto, only to be saved by the fishermen from Biševo.

Many esteemed thinkers and world travelers consider the Blue Cave of Biševo even more impressive than the world famous cavern Grotta Azzura at the island of Capri near Naples. In the year 1951, the grotto of Biševo was, among other honors, adorned with the title of a protected geomorphologic monument of nature. 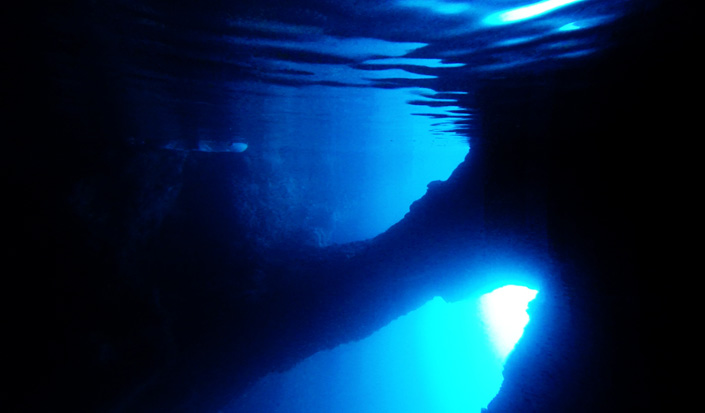 Apart from travelling by your own vessel, you can also reach Mezoporat by a ferry line from the town of Komiža or by paying for transport by one of the numerous dinghies, motorboats or other vessels located and advertised at Komiža port. Hired transport costs around 100kn in addition to the entrance fee to the grotto, with the whole trip lasting from 30 minutes to an hour. The ferry line costs less, but the ferry travel schedule requires you to spend the day in Biševo. Since swimming isn’t allowed in the grotto, the beaches of Biševo might be just the place to spend your time while waiting for the scheduled departure.

When to visit the Blue Grotto?

The touristic preseason and season include the following period: 01.04 – 31.10, while the grotto itself is a part of the touristic offer commissioned by the Nautical Center of Komiža ltd. The entry fee to the grotto costs around 40 to 50 kn for adults and 20 to 25kn for children (depending on the time of year). The entrance fee is free for children younger than 6 years. Tickets can be purchased in Mezoporat port.

If you decide to embark on an individual visit to the grotto, the time of year isn’t an issue but weather conditions certainly are. The entrance to the grotto is especially narrow (height 1m, width 1,5 m) so it’s of highest importance to choose good sailing conditions and peaceful sea with little to no waves. It is also necessary to arrange the appropriate size boat/barge to enter the grotto. During the organized trips to the grotto, the concessionaire uses a barge around 5-6m long that can enter the grotto with no difficulty. If the sea is rough and the weather isn’t appropriate, the grotto is ‘closed’ for the visitors.

Many say that in order to witness the full spectacle of the Blue Grotto it is best to visit during spring or fall, when there’s no crowd, and observe the enchanting lightshow at high noon. In addition to the alluring visual color specter, the sea in that time of year also creates a specific musical rhapsody with its timely clash with the rocks. Let the pristine nature of Biševo draw you to set sail, since there are some sights that cannot be described, only experienced.

"There is no man alive, capable of describing the beauty of this cavern. He can only describe his own sentiments, but it is beyond human capacity to speak of something that can only be seen. Even the greatest poets and artists shouldn’t try their hand at this task, for no matter what and how they write of this unique cavern it is destined to pale in comparison. Therefore one should merely say: go and look. “
Unofficially translated quotation from:
Petar Kuničić, "Vodič po Viškom arhipelagu" 1932. 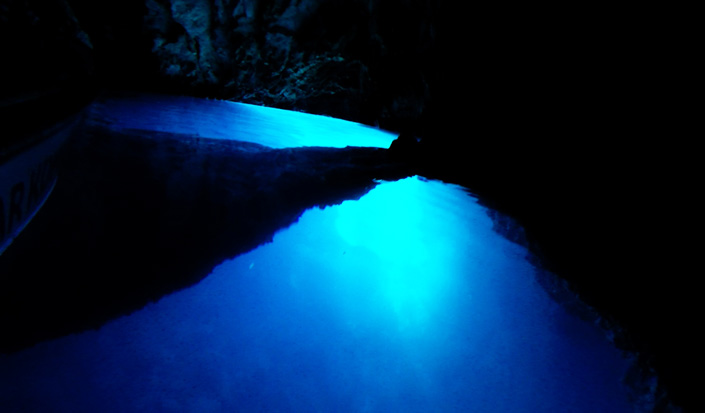 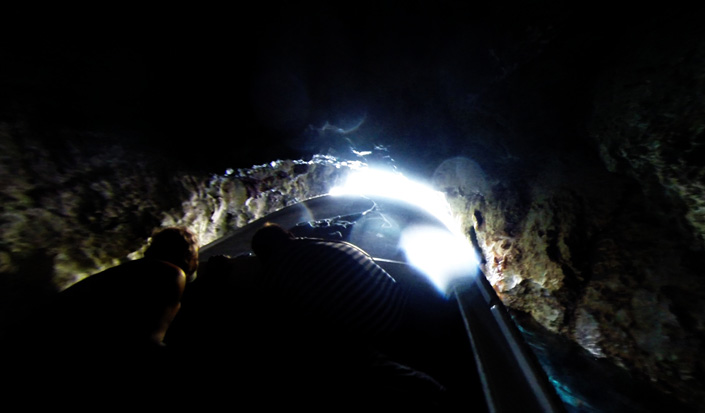 Photos: Free to use this photos as long as you include photo credit with a clickable (hyperlinked) and do-follow link to our webpage. You can find many other interesting photos of Croatia on our Flickr profile.