Home » Headlines » The Winds in Croatia

The Winds in Croatia 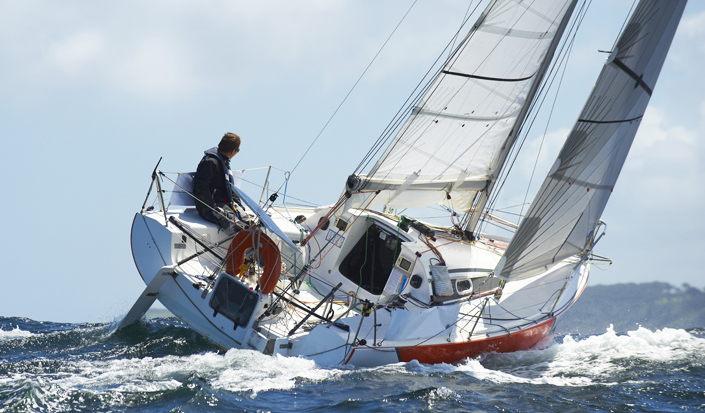 With your charter boat in Croatia booked, it’s time to think about the wind. The wind in Croatia changes with the seasons and it’s a good idea to have an idea of what to expect in each season. Here is our brief guide, to help you make the best decisions about where and when to sail in Croatia

The most frequent winds on the Adriatic Sea are the Bura, Jugo and Maestral winds. Less common are the Ostro, Lebic, Pulenat, Tramontana, and Levant, as well as the coastal winds like Burin or Zmorac (which is actually just another name for Maestral).

During the summer the dominant winds are the Maestral and Tramontana, whereas the winter months are dominated by the Bura and Jugo. On the Adriatic coast, the weather conditions can change rapidly and the wind is known to change direction very fast. It is always recommended to check the weather forecast and speak to the locals.

Bura is a dry and cold north-easterly wind blowing from land to the sea. Extremely unpleasant and unpredictable because it begins abruptly and blows in gusts. The strongest Bura occurs in mountain passes and weakens as it moves away from the coast. At the coast, it can reach speeds of over 200 km/h. Bura is the most powerful wind in the winter season, lasting up to 10 days and can reach hurricane force, causing a lot of damage. During the summer, it may blow for one or two days but is not usually as strong.

Bura can be a dangerous wind for sailors, appearing as if out of nowhere and with mighty gusts. Reduced visibility and choppy seas are other features of this unfriendly wind which reaches its most powerful state in the Kvarner region, the Velebit channel in Central Dalmatia, the area of Maslenica, Nin bay, Vrulje bay and on the Peljesac peninsula, in Southern Dalmatia.

Croatian legend suggests that if the Bura blows 3 times in March, there will be a stable and hot summer.

Sailing in the Bura is no joke and needs an experienced hand at the helm. Even a mild Bura is unpredictable and challenging. Just keep your ears open for chatter about the Bura – it’s a much-discussed topic in Croatia!

Jugo, also known as Sirocco, is a mostly warm and moist southeasterly wind sometimes accompanied by a drop in air pressure and dark, moody storm clouds. It develops slowly over 24 hours and can keep blowing for up to 6 days. During the summer it blows mostly in the southern Adriatic and ushers in humidity.

In medieval Dubrovnik, it was allegedly officially stated that no major decisions or rulings could be made when Jugo was blowing and that punishment for crimes committed during Jugo would not be severe. As Jugo is generally a constant predictable wind, it allows for very good sailing especially the invigorating kind!

Maestral is a pleasant summer wind that blows from the northwest. It is caused by the temperature difference between the shore and the sea. It begins to blow every day around 11.00 pm, slowly increasing and ends with the sunset.

With its low constant speed, it relieves the summer heat along the coast. Maestral, much loved by sailors, is ideal for sailing in the summer and provides a good steady wind for cruising around the Adriatic.

Some of the outer Central Dalmatian Islands like Vis, Bisevo or Latsovo might offer rough sailing if the Maestral is really blowing and it is best to anchor on the northern sides of the other islands here.

Tramontana is northern, dry, summer wind that lasts for a very short time, usually one day. It occurs more frequently in the southern Adriatic and it comes with good weather and high air pressure.

Burin is gentle summer wind or breeze, the kind that is welcoming on a hot summer’s day. Blowing from the north at night, it announces clear skies.

Nevera, technically not a wind, is a thermal storm that comes over the open sea, usually from the West. It is an unpleasant wind that appears very suddenly and brings stormy weather. Before the storm, there is the proverbial quiet. Nevera doesn’t usually last long, but is extremely powerful and can cause major damage. The strongest storms occur in summer and early autumn when you should be very careful.

We wish you fair winds and a following sea!