Colors, Tastes and Fragrances of Palmižana 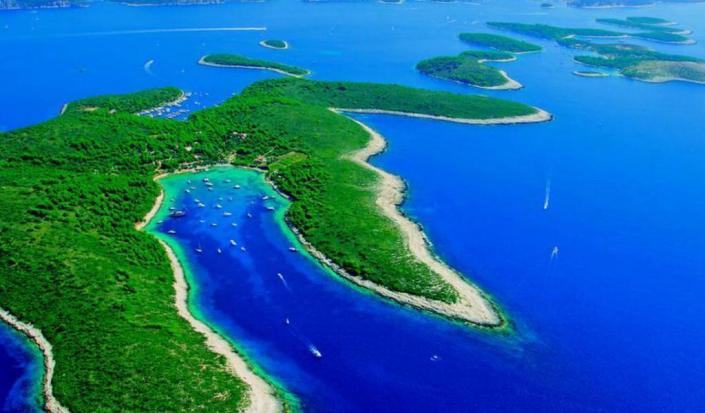 Wherever you might be sailing, the wind carries the fragrance of Palmižana. If you inhale this scent your heart will take lead and your sails will follow the route to this artistic, botanical haven. One of the legends of this area is created by the family Meneghello, whose members are responsible for the range of colors, tastes and fragrances of the unique botanical garden. This entire rhapsody is embellished by the art woven into this bay by Dagmar Meneghello.  In addition to that, this whole area is tangled in a hundred year old historical story. Anchors aweigh?

Trip to Tar-tarus? The Secret of Paklina Islands

In the past, these beautiful Adriatic islands were named ‘Pakleni’ or ‘Paklinski’ because of its pine wood that was used to make thick pine tar (locally known as ‘paklina’) used for caulking the wooden ships.  Paklina islands are located near the island of Hvar, and one of them, more precisely St.Clement Island, is home to Palmižana bay. ACI marina Palmižana is located at the northeastern side of the island. This marina is open from April until October and it counts 200 berths, equipped with water and electricity hookups.  Sailing in from the northern side is made easier by the rock Baba equipped with a black-red-black stand with two globes. This rock is visible during low tide and at night it is marked by a lighthouse settled on the stand.  It is recommended you stay away from the rock while sailing since it’s wider than it appears. When you arrive, take a deep breath, secure your vessel and head towards the mythical botanical garden unique to Plamižana. 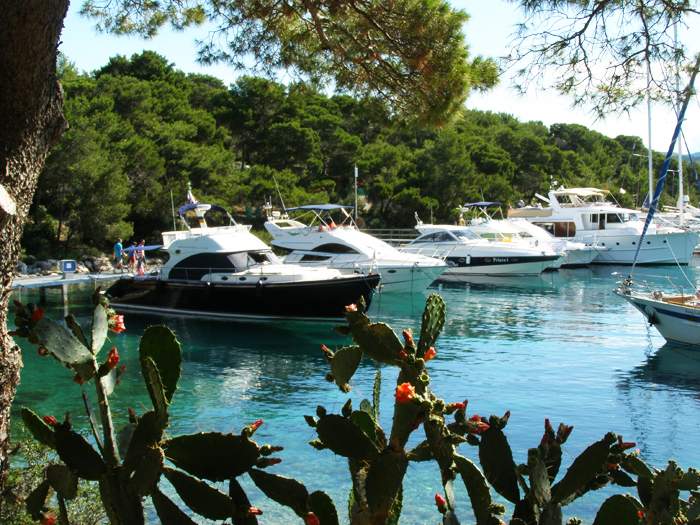 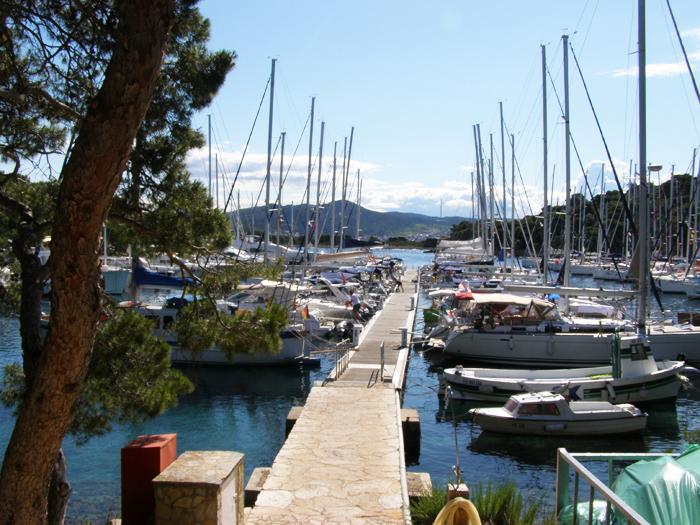 Everything started in 1906. thanks to Eugen Meneghello, a professor of botany and mathematics. After becoming the owner of a 790 acre family land, Eugen started realizing his vision; the exotic haven that remains a topic of conversation to this day. The Second World War destroyed a great portion of the garden but Eugen’s vision was restored with love and courage, by Toto and his wife Dagmar Meneghello. They replenished the soil and the vegetation but Dagmar also brought in an artistic dimension into the project. Today, Palmižana is greatly appreciated as a gathering place for artists known for its divine botany and unique promotion of art.   Younger generations of Meneghello family are still cherishing their grandfather’s vision. Divine botany is immersed in artistic expression and spread through by the breath of every plant in the garden.

This horticultural story is unique in the world and it started by introducing cactuses and other exotic plants to this area. What can you find in the botanical garden of Palmižana?  You can experience numerous species of Mediterranean flora, more than 20 kinds of agave, around 10 kinds of mimosa, around 100 xerophyte plants, Indian figs, opuntia cactuses, wild orchids, irises, rosemary, heather, sage and other plant species. You can also set your eyes on brugmansia plants – very poisonous and hallucinogenic plants used by Mexican and Indian shamans for expanding their spiritual visions. Besides enjoying the botanical garden, at this location you can also find an open art gallery, concert platform and a gastronomy temple that serves unique Mediterranean cuisine. Rosemary, sage, basil, lavender and other fragrant plants make Palmižana an ecological oasis, but they also turn the culinary fragrance into an irresistible beacon for gourmands.

While sailing to Palmižana you can consider all the gifts that ‘Tar Islands’ have to offer, including the very gateway to the Garden of Eden. Only 2.5 nautical miles away from the island of Hvar you will find the bay of Palmižana, situated on the island where silence can be heard. In any case, this natural and unusual place made through the effort of Mother Nature and Meneghello family is a spot for resting your soul and truly experiencing peace of body and mind.