Echoes of the deep blue 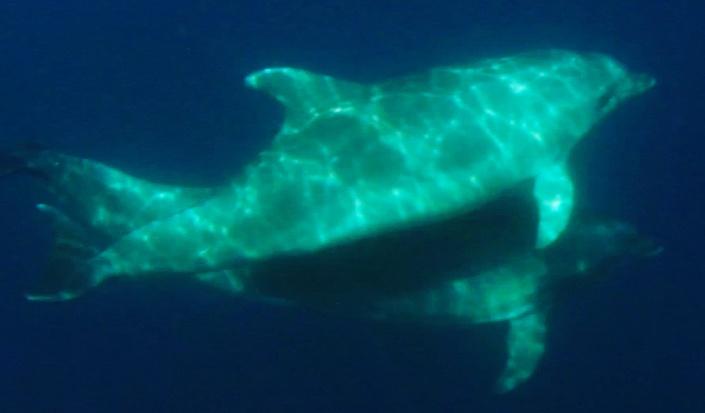 The dark depths of the sea hide many saltwater denizens. Some of those draw interest with their varied glowing colors and some invoke terror with their fearsome jaws and predatory nature, but they all fascinate us with their wonderful diversity. Even though there is a plethora of sea life to explore, people have always been especially charmed by a cheerful species of sea mammal, the dolphin. Their intelligence, playfulness and willingness to socialize makes them stand out in the whole animal kingdom. To back up this statement there are many testimonies of significant interaction between humans and dolphins which points to a deeper relationship among our kinds. Taking into account dolphins’ social nature and high intelligence India abolished the use of dolphins in aquatic theme parks under the argument that this specie should be seen as non-human persons and therefore have according rights.

These energetic pranksters enjoy clean sea and they treat every inch of the sea area as their playground. There have been many projects to keep track of the dolphins' movement in the Adriatic as it seems they are rather fond of the Croatian coast. It is estimated that the Adriatic Sea is home to the largest dolphin community in the Mediterranean. Throughout the year there are many dolphin sightings in various areas of the Adriatic. Many people plan their vacations in hopes of catching glimpse of our elusive underwater siblings. Even though they often flitter along crowded coasts and beaches in Croatia, there's a far greater chance to encounter dolphins on a sailing or yacht chartering trip, since you can freely navigate through multiple locations.

Blue World on the island of Lošinj – Dolphin Protection HQ

If you're keen to follow the dolphin routes through the Adriatic, Lošinj, a home to the Blue World (Plavi Svijet) Institute, would be a great starting point. In addition to the general sea life protection programs, the institute Blue World keeps track of movements and safe being of the dolphin population in the Adriatic. They are a true treasure chest of information when it comes to this topic. In the institute you can find out many things about where the dolphins have been sighted lately, how large the dolphin communities are and how to behave when you see them. This last topic is especially important since many people, in their enthusiasm towards dolphins, make a mistake of chasing them with their vessels. That and the frequent noise from numerous boats traveling through the Adriatic Sea in summer are some of the reasons that dolphins have become such a rare sight lately. For this reason it is important to involve as much people as possible in the initiative to learn about and protect sea life.

While you’re at the institute, you can also symbolically adopt your own registered dolphin of the Lošinj and Cres sea area. The Blue World Institute gives you an opportunity to adopt a specific dolphin that suites your liking. Each of the dolphins has a short profile describing their physical characteristics as well as their attitudes and behavior. Once you adopt a dolphin you get the adoption acknowledgment document, the dolphin’s ID (photo and description), membership in the Blue World Institute and the annual publication of the institute.

Other Dolphin Playgrounds in Croatia

Besides the islands Lošinj and Cres, The Kvarner Bay is generally considered a true hotspot of dolphin activity. Each summer there are many sightings of these cheerful sea beings. There had even been reports of them coming as close as Rijeka Port. This jolly band of sea marauders is known to travel in the vicinity of islands Cres, Krk and Rab, but they are also often found splashing around the fresh waters off the coast of Istria. All these locations are also beautiful tourist spots with a rich offer of their own curiosities so make sure to enjoy all the perks that these places offer. Since dolphins live practically everywhere in the Adriatic they can also be found in southern parts of the Croatian coast. According to numerous reports of tourists and fishermen alike, dolphins are also often sighted around the following locations: Kornati Archipelago, Islands Vis and Korčula and the coast around the town of Makarska.

Since dolphins are very elusive and hard to notice in the open sea don’t focus your whole trip only on the chance of seeing these playful beings. Experience the richness of the Croatian coast with joy and good spirit and the dolphins might just decide to drop by and join you in your cheer. 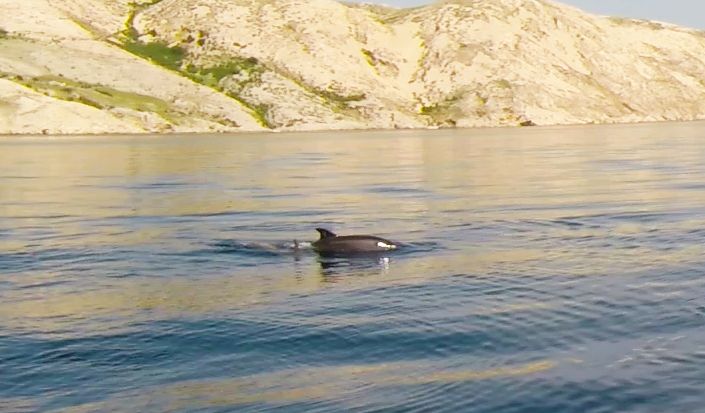