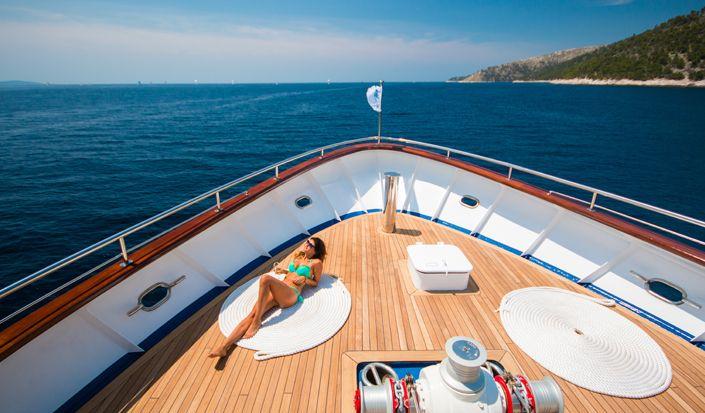 If you are looking for a personally intimate way to get acquainted with the beautiful Croatian coastline and its islands, this mini cruiser, with all its luxuries, is your answer. Days are spent relaxing on the deck or swimming in the crystalline Adriatic Sea, and evenings, visiting quaint towns that bear with pride their interesting antiquity. This cruise, "One Way Wonders", which is one way from Split to Dubrovnik, including local wine and gastronomic feasts, plus many extras, offers wonderful encounters with choice islands of Southern Dalmatia. 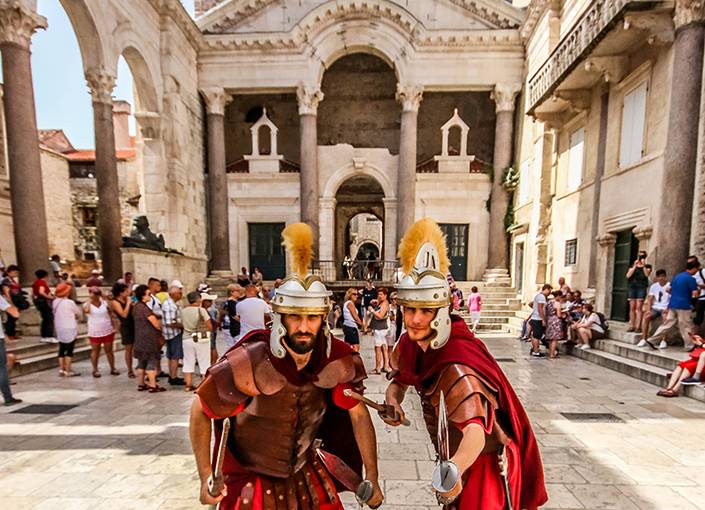 Once you have been transferred from Split airport to the harbour and have checked in from 14h00 onwards, you will have some time to settle in. After that, it's time to explore this amazing, historic town, which enjoys UNESCO world heritage status and protection. Revel in the fascinating Roman architecture, which you will see abundantly surrounding you, as well as 12th and 13th-Century Gothic and Baroque style churches, forts and palaces The highlight of this guided tour will be the notable and impressive Diocletian palace, once the home of the Roman Emperor. Back on board ship, you will be treated to a meet and greet party with a welcome reception and cocktail. Overnight will be in Split. 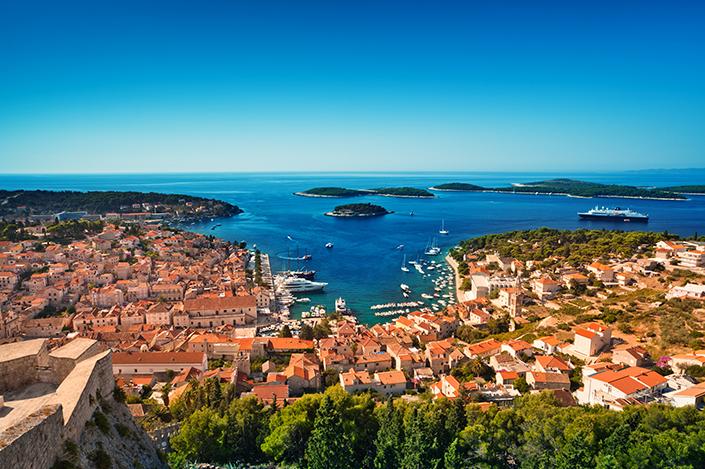 Early set off to Brać island for a refreshing swim at Zlatni Rat, which is the most popular beach in Croatia. It's close to Bol, a quaint fishermen's village, whose allure has not been affected by its becoming a great tourist destination. Bol is famed for its pebbly bluff continuously changing with its reshaping by wind and waves from one end to the other. Lunch will be enjoyed off the Pakleni Islands, and then on to spectacular Hvar, where fun and sun seekers arrive from all over the world. It's known as the longest and one of the sunniest of the 1000 plus Adriatic islands, as well as for its bounteous lavender fields splashing the landscape with purple hues. You will discover antiquity, such as the oldest public theatre in Europe (founded in 1612), and admire the architectural masterpiece - a cathedral with its original tower intact, built in the Renaissance era. Follow the path zig zagging up the hill to reach the fort on top and survey the splendid scene below - the harbour, your sleek cruise ship and the Pakleni islands. The night life in Hvar buzzes so take your choice of a restaurant/bar, or dance the night away in one of many clubs. You will remain in the port for the night. 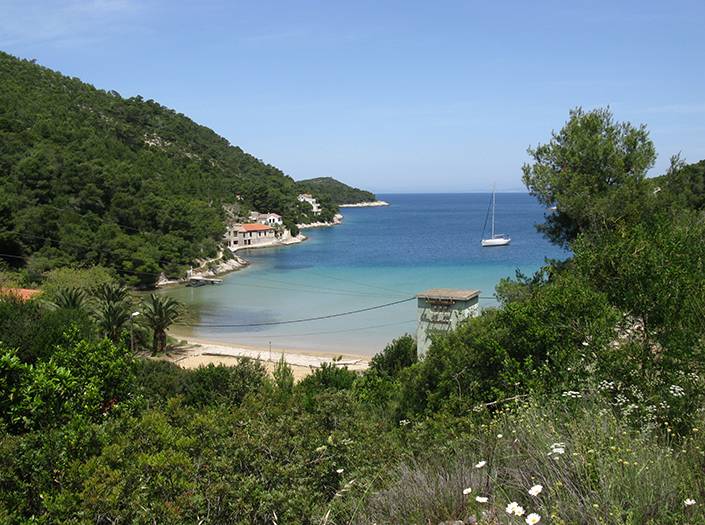 Enjoy an early morning departure in the fresh Adriatic air as you head to Bisevo, a little island with a huge secret - the Blue Cave. A unique not-to-be-missed natural occurrence! An entrance fee of about €10-15 is payable. Note: Should the weather become unreliable and not suitable for cruising, you will be notified well ahead of time of any changes to the plan. Sailing to Vis is next on the agenda. This island has a character of its own defined by the remnants of the time it formed an important base for the Yugoslav navy. This, and its remoteness, renders it a compelling port of call to experience how life in years gone by was lived in the Mediterranean. The very first urban hub in Croatia was Issa, and the town of Vis sits close to the ruins of what is left of it. In-between excursions to the museum, the ruins of the Roman thermal baths or a walk along the shoreline admiring the villas and the sea, do taste the local wines. You will stay over in Vis port. 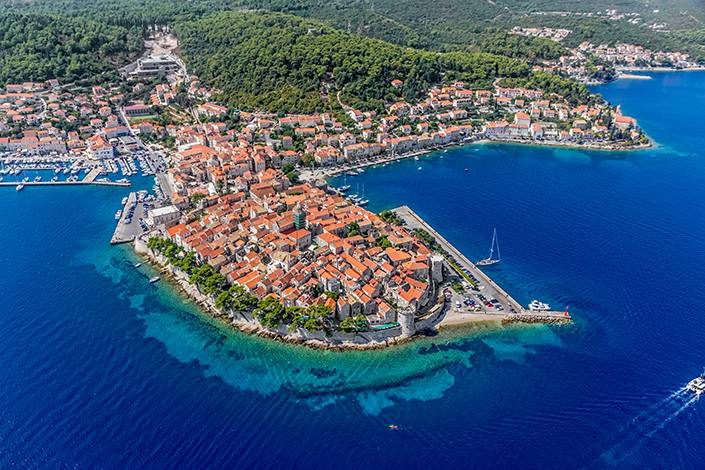 Again you will leave in the morning for Korcula, the island famed as being Marco Polo's birthplace. The ship will anchor in an idyllic bay for lunch on the way. After you arrive, you will be treated to an afternoon guided walking tour. Korcula is a captivating medieval town, enclosed by walls and known as one of the Mediterranean's most well preserved towns. Streets were laid out in a herringbone style to effect a natural coolant to the residents' homes. If you wish, you can venture out with the group to a small village close by to sample a traditional Dalmatian dinner and the lifestyle this island offers. Cost of dinner € 35 pp. Your ship will remain in Korcula for the night. 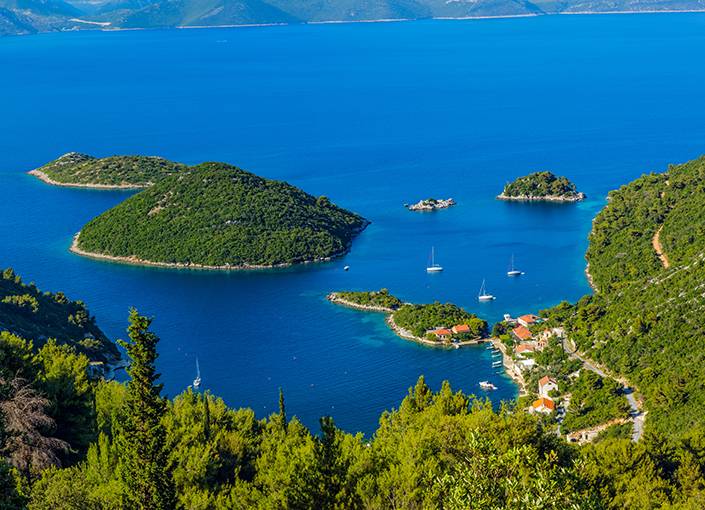 You will leave in the morning to travel further south to Mljet. According to legend, the Greek god of cunning intellect, Odysseus, the sole survivor of a shipwreck washed up on this island. He was forced by Calypso, the sea nymph, to remain with him for seven years as her lover! The cruise manager will take you for a walk to the famed salt lakes in the picturesque Mljet National Park and on a boat to the Isle of St. Mary, which is in the centre of the biggest lake. Here you will find a 12th Century church, abbey and monastery. For those who enjoy adventure, you will be able to rent bicycles, kayaks, scooters or convertibles to traverse the tranquil island to your heart's content. But do keep an eye out for the mischievous nymphs! Overnight will be in one of the ports on the island, either Polača or Pomena. 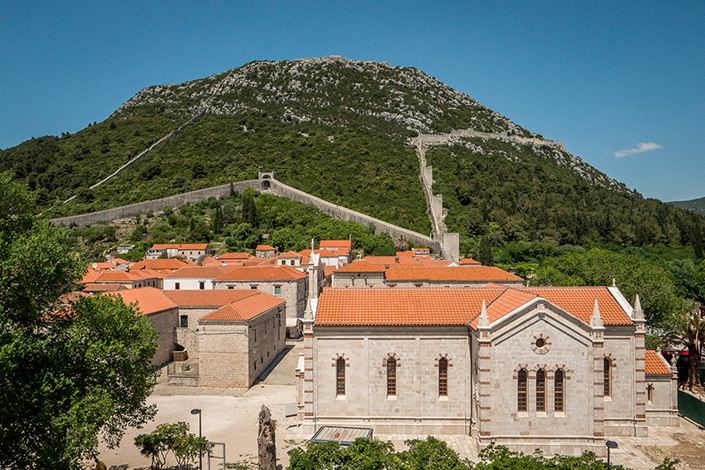 A cruise to the mainland and arrival at Slano, a small, sleepy, fishermen's village which will lead you onto Ston. This village is renowned for its oysters and salt works, and was once fortified. Once you have had a chance to walk along and enjoy the medieval defence walls with many towers, you will be led to an oyster farm to learn a little about the cultivation of oysters and enjoy an exclusive sampling of this ocean delicacy. The taste of the sea on your lips! Back on board the evening fun will begin with the Captain's farewell dinner accompanied by live entertainment. Overnight in Slano. 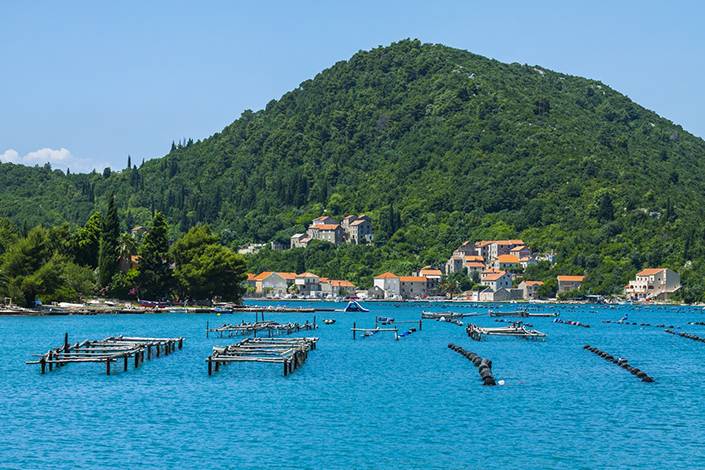 Up early for the final leg of the journey to Dubrovnik. First off enjoy sailing beside the ancient city walls whilst savouring lunch on the deck. After docking at Gruž harbour, you will be taken into the town for a guided walking tour to uncover the myriad delights on offer. Renaissance-styles, with a smattering of Gothic, will be observed in the architecture of many preserved monuments dating back to the ancient era of the Dubrovnik Republic. One of my favourite cities in the world and a most fitting setting for section of the modern TV series, 'Game of Thrones', that were filmed here. Finally you will be lifted by cable car to the Srđ mountain to delight in the panoramic view of the town, its walls and the Elaphiti Islands. If you still have enough vitality by this stage, then you simply have to take the 1940 m long walk atop the ancient walls with the cobble streets and roofs of town below on the one side, and the beautiful blue Adriatic sea washing against the other. Overnight in Dubrovnik. 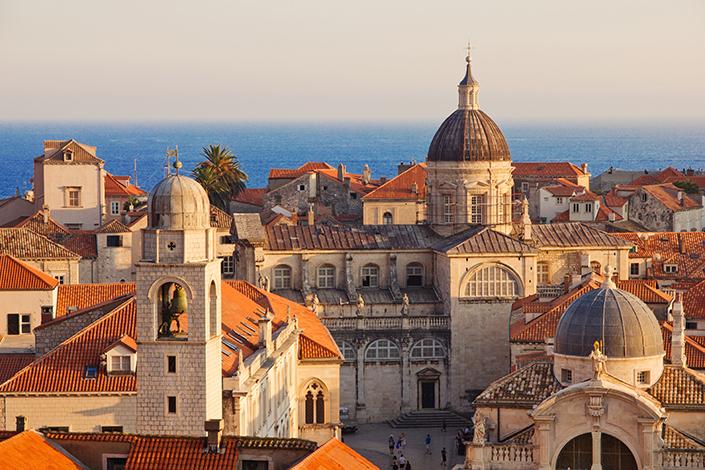 After breakfast, the closing moments of this spectacular "One Way Wonders" cruise will be spent bidding farewell to all the new friends you made and the friendly crew. You will need to check out before 09h00 and will then depart with all the memories you've created.

Included in the price 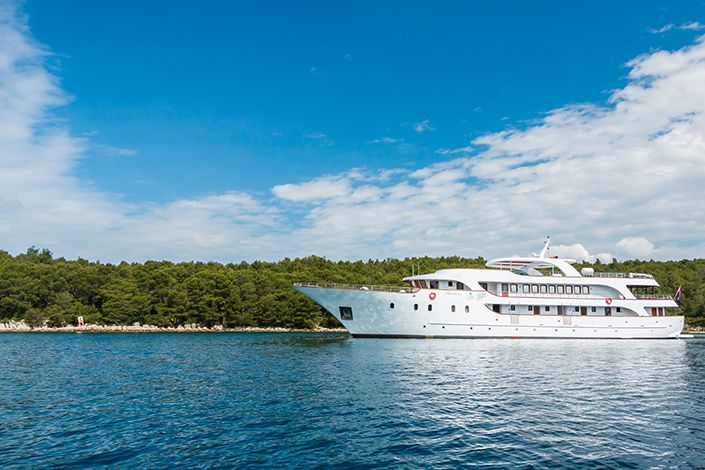 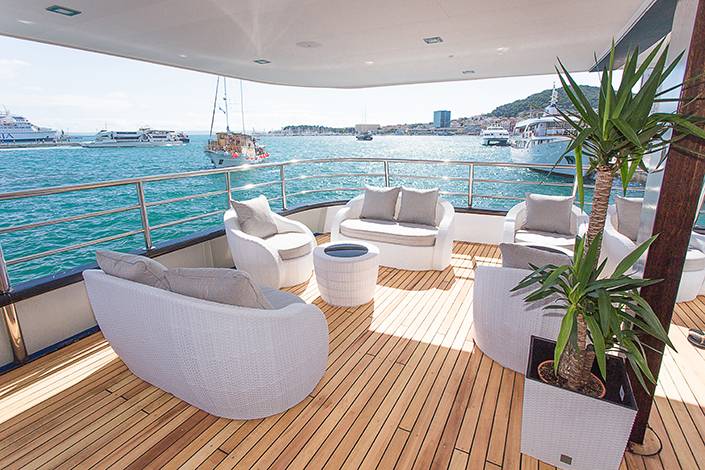