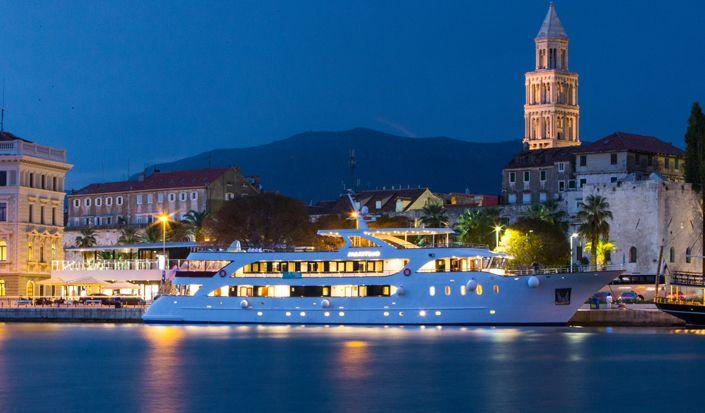 What better way to enjoy the exquisite Croatian coastline and bounteous islands than by hopping onto a luxurious mini cruise ship. Mornings are spent relaxing on roomy decks or plunging into the pristine Adriatic Sea, and afternoons and evenings reserved for discovering historical towns. This 'One Way Wonders' cruise will carry you from the 'pearl of the Adriatic', Dubrovnik to the biggest Dalmatian city, with as big a history, Split, and will ensure a delectable experience of wine, feasting and culture, all included in the streamlined package put together especially for you. 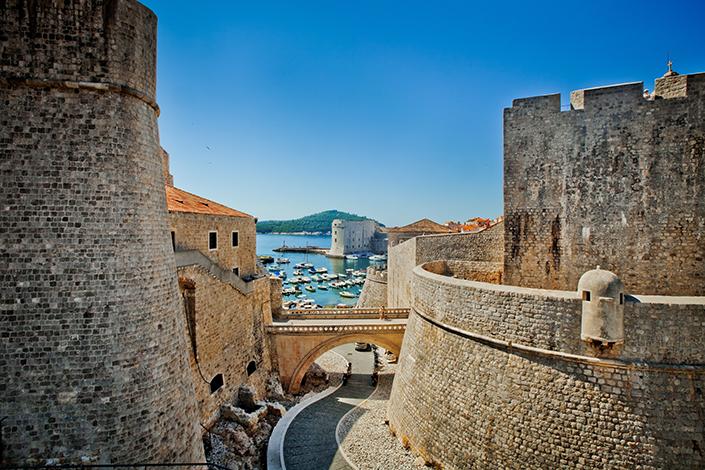 After you have been transferred from Dubrovnik airport to the town's Gruž harbour and checked in (from 14h00 onwards), take some time to settle in before you catch the transfer to the enormous, ancient city gates where you will meet your guide who will escort you on a tour of the city. This is one of my favourite cities in the world and you will soon understand why as you stroll along it's main central street, the Stradun, polished smooth by people having traversed it over centuries, gazing at the gorgeous architecture that is reminiscent of the Renaissance and Gothic eras. It's easy to see why this phenomenal city was chosen as the setting for "Kings' Landing" in the popular TV series, Game of Thrones. Next you will be elevated by cable car to Srđ mountain, on top of which you will enjoy breathtaking views of the majestic walls surrounding the town, which were built from the 7th Century onwards, the blue Adriatic and Elaphiti Islands. Once back on board the cruiser, you will be welcomed with a meet-and-greet reception plus cocktail. Overnight will be in this historic city. 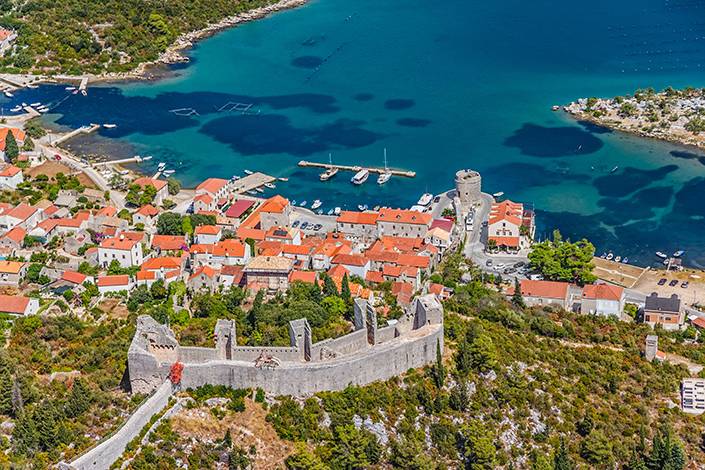 In the morning you will first cruise alongside Dubrovnik's city walls to enjoy their magnificence and the scenery surrounding you before you sail to one of the Elaphiti islands. There you will have an opportunity to have your first refreshing swim in the sea. By afternoon you will arrive in Slano, a small, peaceful fishermen's village on the mainland. This will be the start of your walking excursion to Ston, which being a key area in the ancient Republic of Ragusa, was once surrounded by fortifications, as well as  to protect one of that era's wealthiest commodities, salt from the oldest saltworks in Europe. You will head off to enjoy a walk along the top of the medieval walls, with their complex of towers and forts, which stretch to the next village, Mali Ston, and are quite a sight to see, as is the view from above. Then, what is for me the highlight of this area, and what Ston is famous for, an oyster tasting. With the taste of the sea on your lips, you will hear more about how they are grown and why the oysters here are such a delicacy. You are free to do as you please after that until your transfer back to the ship for a special treat of the Captain's dinner accompanied by live entertainment. Overnight in Slano. 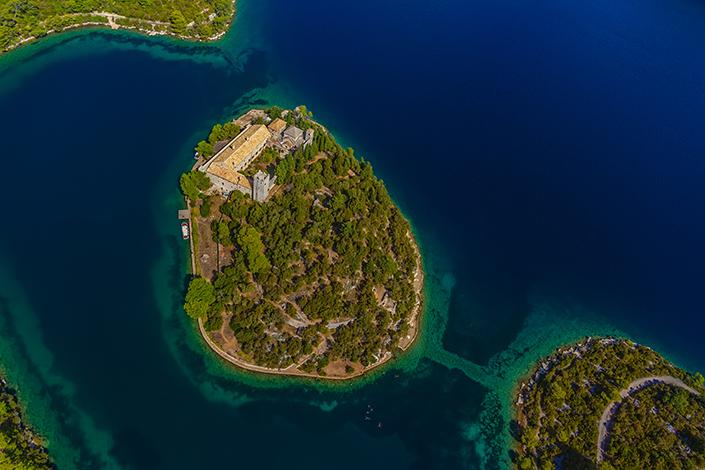 Enjoy a morning cruise to the mythical island of Mljet, where legends are told of the Greek   king, Odysseus, who spent seven years on this island after being captured by the sea nymph, Calypso. Famous for the Mljet National Park and its salt lakes, enjoy a guided walking tour to immerse yourself in this beauty, followed by a boat to visit the ancient 12th Century Benedictine monastery, church and abbey on the isle of St. Mary. Or you have the option to rent bicycles, kayaks, scooters or even convertible motor vehicles to explore the park and island, but don't let the nymphs catch you! Overnight will be at either port Polača or Pomena. 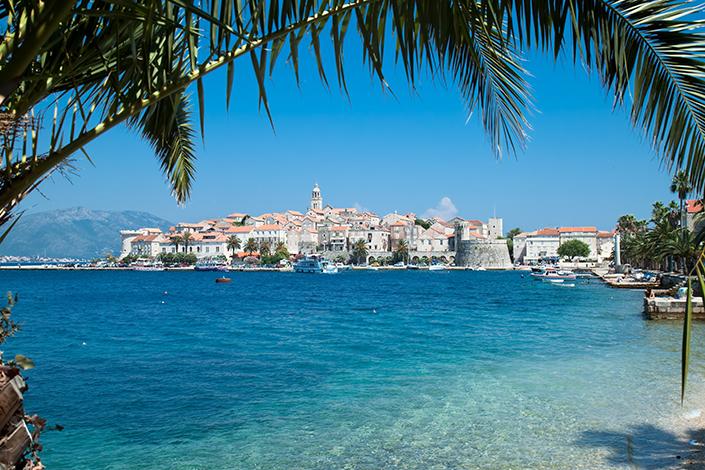 Depart early for the birthplace of Marco Polo, the island of Korcula and savour a lunch on board in one of the peaceful bays en route. After arriving, you will join the cruise manager for an afternoon stroll through the magical town of Korcula, which is known to be one of the Mediterranean's most well preserved cities. Notice the streets in the Old Town are laid out in a herringbone design, specifically built  for its natural cooling benefits. If you're in the mood for a gastronomic experience, visit one of Korcula's numerous restaurants, or if it's some entertainment you're after, there are a multitude of funky bars. The other option is an outing to a small village nearby to experience a traditional dinner and learn firsthand about the history and the local way of life. You will spend the night in Korcula harbour. 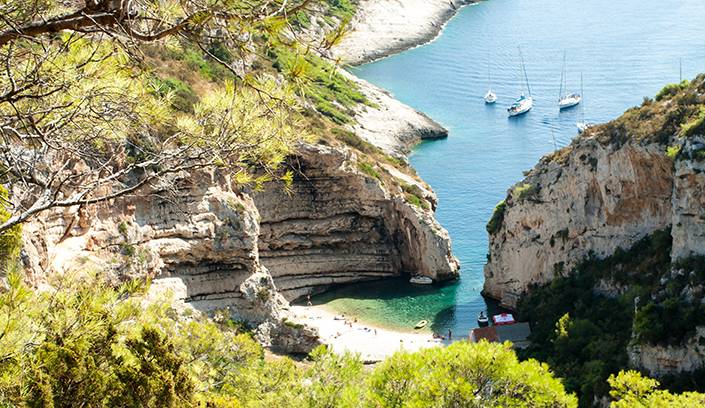 Vis Island was once an important Yugoslav naval base and has been closed to the public for a long time. It's because of this very isolation, that this island has it's own special character, like stepping back into time and into the way the "Mediterranean once was". You will leave in the morning to spend the day on Vis Island. Explore the town of Vis on the northern end of the island, the museum and the nearby ruins of Issa, which was the first urban area developed in Croatia, and the Roman thermal baths. Along the way do imbibe in the hearty local wines. You can also take a stroll along the waterfront admiring the beautiful Villae Rusticae. Overnighter will be in Vis. 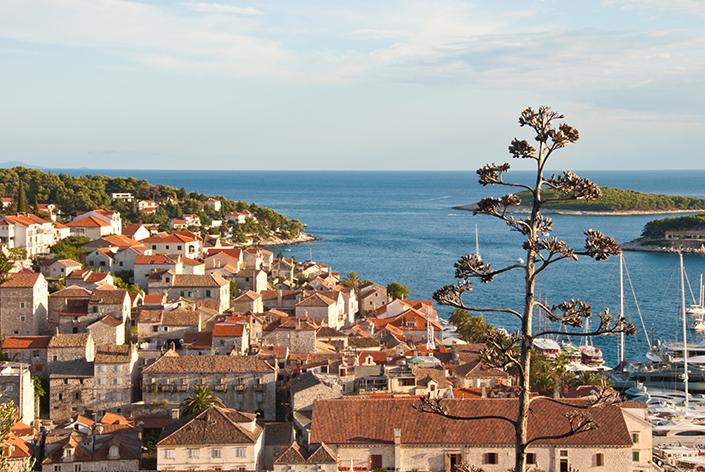 A cruise in the morning sun to visit the Blue Cave on the islet of Bisevo. The cave is a majestic natural phenomenon and a really special item on your itinerary. The fee of appr.  €10 - 15 is to be paid at the entrance. Just keep in mind that, as the weather can be erratic, this leg of the trip will depend on the conditions at the time. Should it be necessary to deviate from the programme, you will get notice in good time. Lunch will be on deck at the Pakleni Islands, where you can also have a dip in the sea, and then you will sail towards the globetrotters' hot spot, Hvar. You will arrive in the afternoon. Be prepared for some spectacular beauty on this, the longest and sunniest island in the Adriatic, with its purple, rolling fields of lavender and the town with the oldest community theatre founded in Europe in 1612. You will be escorted on a tour, which will also include the Renaissance cathedral that still has its original tower standing strong. Then a meandering hike up to the fort on the hill above to immerse yourself in the splendid view. Looking down onto the old town with it's cobbled red roofs, your cruise ship in the harbour, the sea and the Pakleni Islands, will bring a fresh perspective to life. Hvar is known for its night life so save some energy for an evening of entertainment in one of the many restaurants, bars or clubs where you can dance until the early hours. The ship will be berthed in Hvar for the night. 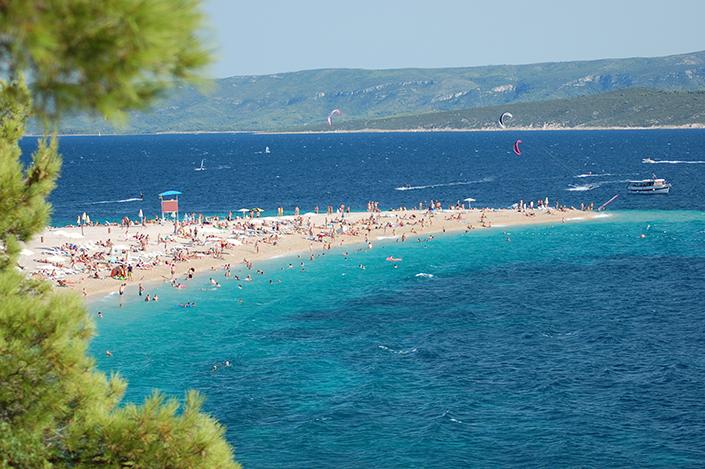 Early morning cruise to Brač Island where you will delight in a swim at Zlatni Rat beach, Dalmatia's most famous beach near Bol, which is fascinating as it changes shape according to the winds and waves moving the bluff from one side to the other. Bol has become a well known destination on the tourist map, yet it has retained its original character of a small peaceful, fishing village. Next up will be the city of Split, a UNESCO protected world heritage site. There is lots to see here with rambling streets boasting Roman architecture, particularly the spectacular Diocletian Palace, which was once the home of the Roman Emperor. You will overnight in Split. 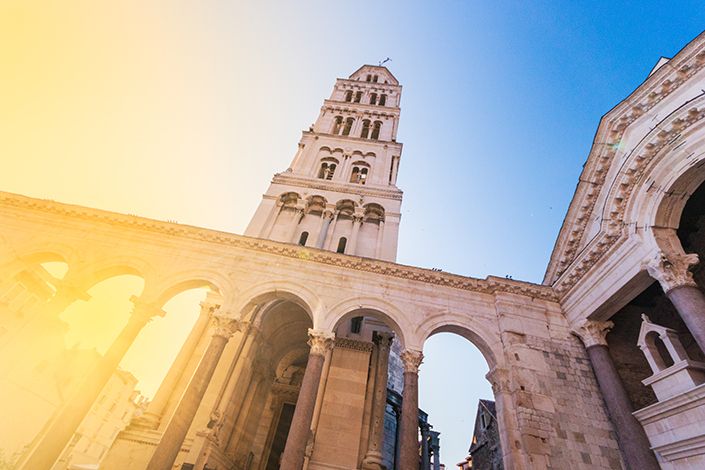 A quick breakfast and time for goodbyes. You may be sad to leave this captivating part of the world, all your new friends and friendly crew behind, but you will leave with memories that will last forever. Check out by 09h00. 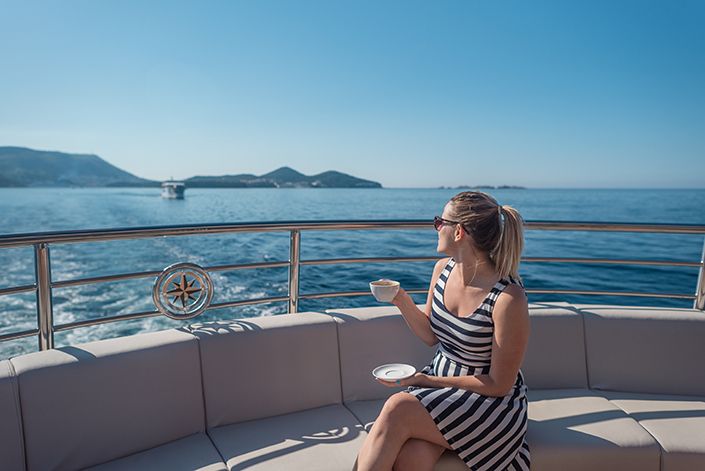